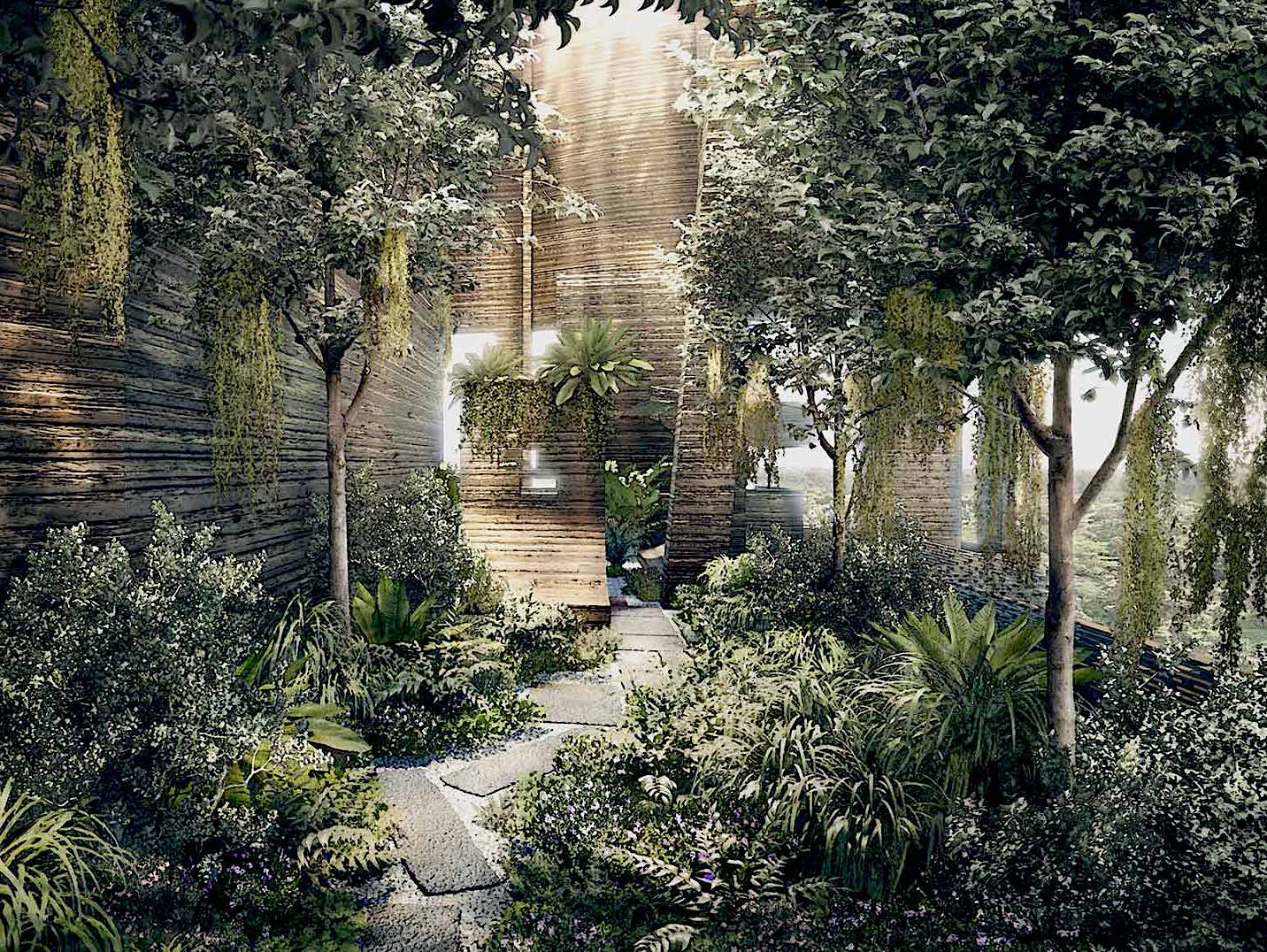 Lentor Modern situated inside Singapore's North Region of Singapore, near Lentor Drive as well as Yio Chu Kang Road. It is located within the boundaries of that of the Ang Mo Kio, Yio Chu Kang, Thomson area. It is home to the site which covers 185,139 square feet. It is scheduled to be converted into a mixed-use project consisting of approximately 605 residents in addition to 86.100 square feet of commercial space.

Private spaces permit you to be in the moment and have an unhurried experience. It's a characteristic that can be seen throughout the day here.

The development will be comprised of three 25-story blocks featuring approximately 600 units of housing. Each block will come with a huge sky terrace that can double its dimension. On the first level, it will have 96,000 square feet of commercial and F&B and retail space, which will include an upscale supermarket and over 10,000 square yards of child care facilities. 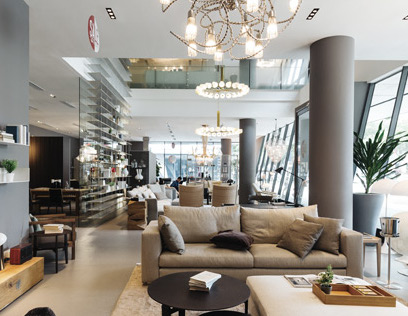 Lentor Modern is included as an enterprise in the Singapore Exchange since 1978. It is a leading regional property firm that has operations in Singapore, Malaysia, Vietnam and China. In China it has developed huge portfolios of properties in the cities such as Beijing, Shanghai, Nanjing and Tianjin.

In 2017, the company expanded its market with its presence in the United Kingdom and Australia through an partnership in partnership with Eco World Development Group Berhad.

In the city of Singapore, GuocoLand has successfully developed a variety of top-of-the-line residential and commercial developments. This includes the Wallich Residence Guoco Midtown and Guoco Midtown and the most well-known Guoco Tower as well as the five-star corporate hotel Sofitel Singapore City Centre.

The Lentor Central site was launched to tender on April 15th, 2021. The tender ended on July 22nd 2021 with GLL. Ltd which is an affiliate of GuocoLand won this site with the highest bid in the amount of $784.1 million. The bid was nine in total that indicates the immense demand of developers trying to fill their landbanks that are shrinking.

The cost is land cost of $1,204/square foot per ppr. Therefore, it is predicted to go live approximately $2,2xx per sq ft. 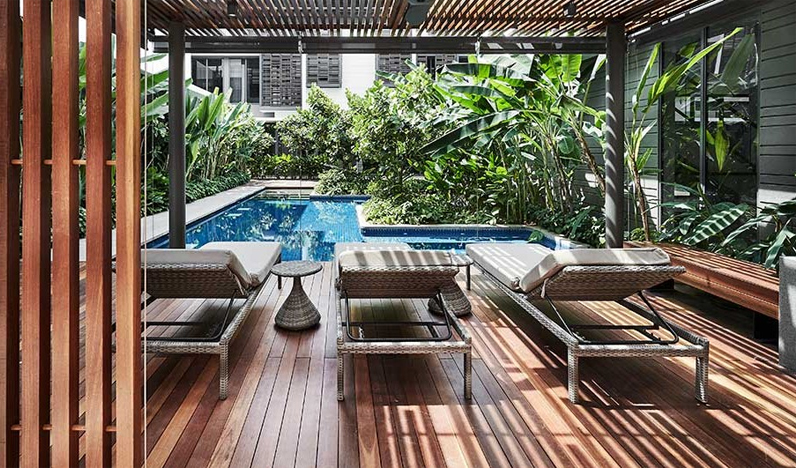 The 25th of January 2022 , a joint venture between Intrepid Investments, GuocoLand, and TID Residential has won the auction for Lentor Hills Road Parcels A with a maximum bid of S$586.6 millions. The site is located right near Lentor Modern as well as separated from it by Lentor Central Road.

This is equivalent to an estimated land value of S$1,060 per square foot per acres. Based on the land's size of 184,460 square foot and an average gross floor area (GFA) 553-383 sq ft,, the property is expected to yield 595 houses for residential purposes.

With the cost of land being lower , and the lower cost of land and the development being launched in Parcel A is likely to go live at the price of $1,9xx per square ft. If this is an investment that is worth it or not, it will depend on the conditions.

Lentor Modern Lentor Modern located in Lentor Central adjacent to Lentor Central, which is located next to the Lentor MRT station located on the Thomson East Coast Line (TEL). It boasts a vast site with a total area of 17,279.9 square meters (186,000 square feet) on an area that is rectangular, which will permit the developer to make the most potential of the space.

The neighborhood consists mostly of low-density and landlocked homes that are known for its serene environment. Therefore, people who live there in the near future will be unobstructed and peaceful living space.

The site could be the first of a number of Lentor residential developments that will be constructed. Two other sites that are part of the government's selling of the property (GLS) program are Parcels A and Parcel B located at Lentor Hills Road. Parcel A was sold to a consortium made up comprising Hong Leong Holdings, GuocoLand and TID while Parcel B remains by the Reserve List. Together, they'll create over 1,400 homes and help to revitalize the region.

Lentor Modern will be built on top of an already existing hillock. It will be transformed into a park. It will also provide seamless cycling and pedestrian connections with Teachers Estate and the Lentor MRT station. There will also be commercial facilities that offer services to the surrounding neighborhood.

Lentor MRT, which is located on the Thomson-East Coast Line (TEL) was officially inaugurated in August 2021. The TEL is currently being constructed in five phases. This includes the Lentor station in the second phase, which comprises five stations: Springleaf, Mayflower, Bright Hill, Upper Thomson and Caldecott.

The station is located in south, and two stops further there is Bright Hill Station. The station will eventually connect with the Cross-Island Line (CRL) which will stretch all the way from Changi Airport to Gul Circle.

Four stops from Lentor There are four stops from Lentor Caldecott station that is an interchange connecting with the Circle Line. Another stop is in Stevens Station on the Downtown Line which runs along the entire Bukit Timah Road. It is the place where the most popular schools are located (more about this in the near future). ).

When the TEL is in operation it will give residents access to areas such as Orchard Road, Great World City, Shenton Way, Gardens by the Bay, Tanjong Katong, and all up to Changi Airport.

It's believed that the NSC can be the longest Singaporean Transit Priority Corridor spanning 21.5 kilometers. When it's completed in 2027, it'll connect the northern region with Singapore's city and to the East Coast Parkway, traversing areas like Ang Mo Kio, Bishan and Toa Payoh.

This NSC will help reduce the congestion travel times on CTE at peak hours by 10 to 15% and also cut down travel times by as much as 30%.So getting into the town is simple and takes just 10-15 minutes by car. It will feature designated bike trunk routes and pedestrian routes which will be accessible to the general public .

Thus, it will provide smoother, faster and more enjoyable travel for everyone.